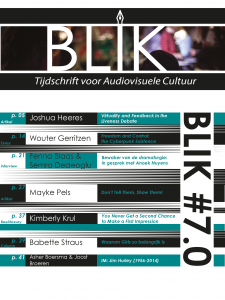 The BLIK editors are proud to be able to publish an eighth volume, despite a difficult financial period. This first edition of that volume hopes to inspire, make you think, tell stories and sketch future visions. 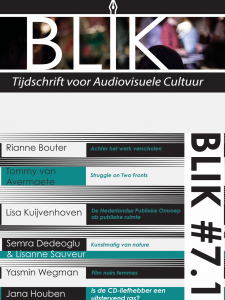 BLIK # 7.1 was released in July 2014. The articles in this issue cover different facets of media and look beyond the usual forms of media such as film, television and music. In this way, clothing is also introduced as a medium and the role that the philosopher and artist play in a time of new media is discussed. The song criticizes existing forms of media and advocates an alternative view of media. In this BLIK, the different opinions that prevail on all kinds of media-oriented topics again offer interesting, thought-provoking reading material. 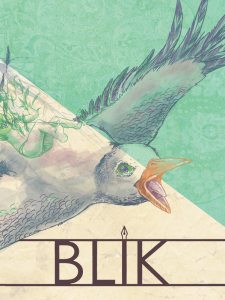 BLIK # 7.2 carries the theme animation. The song was created in collaboration with the Holland Animation Film Festival (HAFF). Animation is almost indispensable in our society and in this BLIK the various aspects and perspectives are explained. This edition was made possible in part by the Kunsthal Kade in Amersfoort and its exhibition Move On…! 100 years of animation art that can be admired from January 31 to May 3, 2015.